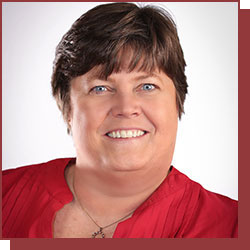 Joan Groessl, Board President, started her professional career as a social worker in two nursing homes in the region. Joan first served on the board when on the Algoma City Council from 2001-2005. After a break in service, Joan was appointed to the board by Mayor Schmidt in 2012 and was elected president by the members annually since 2014.

Dr. Groessl earned her PhD in Leadership Studies from Marian University and works as an assistant professor for the University of Wisconsin – Green Bay, teaching in their social work programs and serving as BSW Program Coordinator. She has been a resident of Algoma since 1983, raised three sons with her husband Mitch, and now is proud grandmother to four grandchildren.

Margean (Marge) Rodrian grew up locally on a dairy farm north of Algoma in the Forestville area and moved to Algoma when she married her husband, Scott. They have one son Kirk who lives and works in Appleton. Marge is the Credit Manager for Masonite Architectural Doors, whose office shares the building with the Algoma Long Term Care Unit.

Marge is happy to be a part of the ALTCU board of directors, as she’s very passionate about ALTCU – her mom was a resident here for 8 years after she had a massive stroke. From the housekeeping crew to the dietary staff to the nurses to the activities personnel, Marge was very pleased with the attention and care to her mom from everyone at ALTCU. 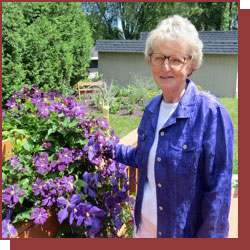 Sue Hepp has been an Algoma Medical Center board member since April 2014. She and her husband, Amiel, have two children and four grandchildren.

Since her retirement from WS Packaging Group as a Corporate Training Director, Sue is involved with several community organizations, serving on several boards. Music, sewing/embroidery, photography, gardening, building and maintaining websites for various organizations, volunteering and giving back to the community take up much of her time.

Musically she has been the United Methodist Church organist for the past 10 years and has played clarinet in the Algoma Community Band for almost 40 years, serving as their president the last 11 years, and singing with the Lakeshore Singers.

Sue is a Master Gardener and enjoys planting and maintaining several gardens in the community as well as around Kewaunee County. She was co-chair of the Garden and Landscape Committee for the Kewaunee County Farm Technology Days in 2017. The ALTCU Activity Department, residents, and St. Paul’s Lutheran school students helped by making the adorable animal plant pokes. 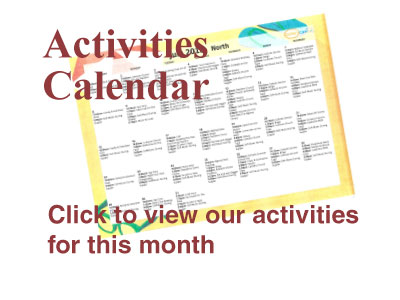 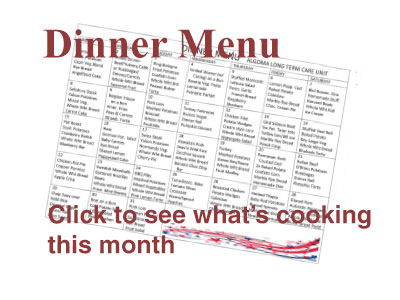 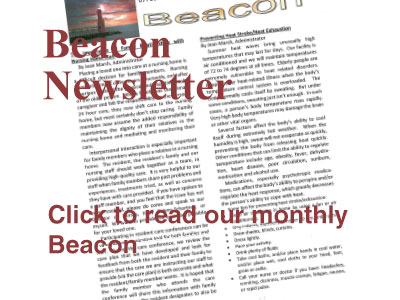